International anti-corruption day reflects to the right momentum for law enforcement in Indonesia. People reckon the 9 December as the hope for a better future, especially to the law aspect. The improvements in the various sides of life can be achieved. History of the past has left many taking sides in the national struggle. Positive legacy of the past will strengthen the spirit and commitment to this country to be better than yesterday. In the other hand, the negative one will worsen the nation.

It’s a natural thing because the cycle of history does not always strengthen the positive direction. But also to the destruction. Depending on the extent to which the dialogue the two poles (positive and negative) influence of the race. Every nation has its own advantages and disadvantages. Every nation faces a critical period which is too difficult and the glory. In the stage of history, we are shown the destruction and the golden age. Examples of cases in the history of the city of Baghdad was filled with the glory of Islam, as evidenced by the strength of this city that is known as a city of education and science. Library-in this city-filled with books from various sources. But moments later destroyed Baghdad. So it is with Spain. This is a reflection of our country.

Although nearly every person against the dark past traditions to be continued, but in the praxis points to the fact the opposite, evidenced by the rampant corruption here and there. Examples of actual cases that are currently Century Bank is a case in which this case involves the core people in the government. Since a few days SBY was panicked that always reminds 09 December order to avoid chaos.

The fact that befall Prita Mulyasari point to the fact how small the community is very weak in front of the law. Just because an email problem vent where he tells the events happened to him should be snared law. Law is not based on conscience or the judge who did not have a conscience? Poor people will definitely steal followed up immediately by the applicable legal mechanisms. Not infrequently almost part of his body blistered from the torment in the bars. And that was stolen just a chicken or a motor that did not get carried away. Motive of theft is not an important thing. What is certain is the fact that he stole. As happened in Minah (bu Minah). He stole three of cocoa for eating.

Was the government who stole money from the State, resulted in huge losses, there are still negotiating behind the scenes before the case is investigated. Before the Commission, legal prostitution is almost a reality that often we meet everyday. Example BLBI scandal, to this day unclear legal status. Public distrust of the two law enforcement agencies, police and prosecutors based on the public reference to these two institutions are less professional.

Lately, interesting to observe the social dynamics that occur because of social networking facebook, students and community components as the representation of the small people managed to influence the policy of the law to win the KPK. Community strength supported by the discovery team 8, the substance said Police did not have strong data that Chandra-seed case must be stopped. Indonesia will not only deal with issues of corruption, but the country trying to be more advanced. And to encourage progress, according to Din Syamsuddin, the law required that a small community pro.

It must be admitted that the law sided with the little people as the hope Din Syamsudin still very fragile. If no attention from the government on this, the politics of this country is run is ‘sheer power politics’ and empty of substance. Society will be used when needed and discarded when it has finished her needs. The little people in a democratic country should have a clear legal umbrella and get protection, not even criminalized.

Legal protection of small people is a must for them to gain respect and their rights as citizens be accommodated, not an object of exploitation. People should get the rights and protections, not just used as a political tool of power before the elections and they gain power seteleh then ignored. Adage sweet junk thrown out to find relevance in this case. Without the people they (the government) is not nothing.

Civil Society and the Anti-corruption

Strength of civil society do not be belittled because he can undermine the power of strong empires. Decapitation of the king symbolizes the power of the people with the rise of the democratic system. Events 1998 Suharto was deposed by people power. People very vital role in supporting change for the better.

Role of the community functioned not only to overthrow and undermine the power but a far more important is to oversee, government control.so as to do not arbitrarily. Strength presented in the form of community supervision with the course of the government that no longer mob justice and corruption. Joint supervision of the Bank Century true to the way opening for people power in Indonesia.

Anti-corruption momentum this time it should take the power of the community vis a vis the government. This part of the democratic process. The maturity of democracy is closely associated with the power of community. As an adult community in terms of politics, a new real democracy will be achieved.

How it Works “Genteng” 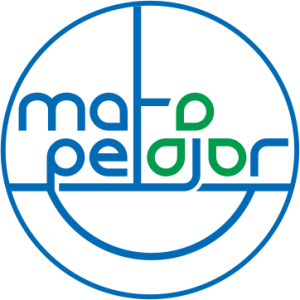